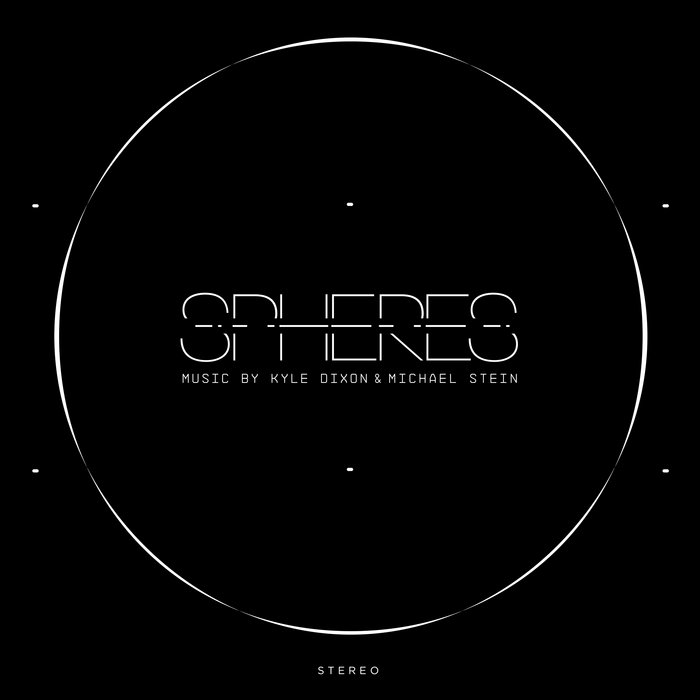 SPHERES written and directed by Eliza McNitt (Fistful of Stars, Without Fire), will be released on the Oculus Rift in the fall presented by City Lights and Protozoa Pictures. Darren Aronofsky and Ari Handel are Executive Producers. The entire series had its world premiere at the Venice Film Festival with the debut of the first and final installment of the series, “Chorus of the Cosmos” narrated by Millie Bobby Brown where it won the “Best Virtual Reality” award. The second chapter—“Songs of Spacetime” narrated by Jessica Chastain—world premiered at the 2018 Sundance Film Festival. The third chapter—“Pale Blue Dot” narrated by Patti Smith—premiered at the 2018 Tribeca Film Festival.

Dixon and Stein noted: “When Eliza asked if we wanted to work on this project it didn't take much to convince us. One of the most exciting aspects of writing for this type of experience is the interactivity and utilizing the spatial orientation of the viewer to control different parameters of the audio. With all of the interaction and spatial arrangement, it made sense for the album to have as much movement as possible, so we created 7.4.1, 5.1 & Headphone X binaural mixes to try and recreate the score as accurately as possible. Technology aside, it's always great when your director says "it's not weird enough" or "it sounds too much like music." Coming from an experimental background this is exactly the kind of note we like to get when creating a score.”

Says McNitt: “Space is not silent. In fact it’s full of sound. For thousands of years we’ve looked to the start to find our place in the Universe, but for the first time we listen to its music. ‘Spheres’ is a three chapter journey through the hidden songs of the cosmos.”

About Kyle Dixon and Michael Stein
Emmy-winning and Grammy-nominated Kyle Dixon and Michael Stein, half of the Austin band S U R V I V E, traveled back in musical time to soundtrack the biggest pop culture phenomenon of 2016: the Netflix series Stranger Things. The duo’s dreamy, throwback score helped sell the nostalgic ode to when Carpenter and Spielberg were the tastemakers of the horror/fantasy genre. Series creators The Duffer Brothers fell in love with the band’s albums, which spin classic synths into a distinctly modern sound—and the resulting alchemy produced the most talked-about soundtrack of the year that garnered a Primetime Emmy Award win for Outstanding Main Title Theme Music, two Grammy nominations for Best Score Soundtrack for Visual Media, an ASCAP Composers' Choice Award nomination for TV Composer(s) of the Year, and a World Soundtrack Award nomination for TV Composer(s) of the Year. The duo completed work on Stranger Things 2 in 2017, which Pitchfork commented, “while staying true to the series’ airtight aesthetic, Dixon and Stein continue to find ways to push beyond.” They are currently working on the third season of the series.

Dixon and Stein, both Texas natives, met as teenagers, and both eventually gravitated towards the analog, electronic tones of their childhoods. S U R V I V E has quickly exploded from being a hip Austin act to touring the U.S. and Europe at festivals like Coachella, Primavera, FYF and more. In 2017, the band released their second studio album, “RR7349.”

About Eliza McNitt
Mcnitt is a writer and director. From astronauts to astrophysicists, McNitt works alongside scientists to explore the cosmic collision of science and art. Her work has premiered at festivals including Sundance, SXSW, Cannes NEXT, Tribeca, and the Venice Film Festival. SPHERES made history at Sundance as the world’s first acquisition of a VR experience.

Bandcamp Daily  your guide to the world of Bandcamp